Zebrawood is exotic, expensive, and pretty much useless to me.  I suppose a longer explanation is in order.  A while back I found a good deal on a Zebrawood off cut.  The plan at the time was to use it for knife scales.

I have a jig setup that is used with knife blanks from Woodcraft.  The Tanto style is my favorite knife Woodcraft carries.  The jig is for use with a router.  The Zebrawood speciman I have was not at all router friendly.  Almost immediately the wood began to splinter and disintegrate under the brand new router bit, ruining the scale blank.  I tried changing the bit speed, climb cuts, gentle nudging, and soft curses to no avail.  The Zebrawood was too delicate for power tools.

Files and rasps are generally meant to be finishing tools.  Which translates into 'you can do all your work with them if you have enough patience'.  A coping saw and patience with the aforementioned tools were the last resort.  I did manage to finish the knife scale, but it looked too crappy to permanently affix to the knife.

The rest of the Zebrawood off cut sat under my workbench for nearly two years, until today.  I'm still recovering from shoulder surgery so my usefulness in the shop is limited.  My three kids are having no more of being pressed into service for my hair brained projects.  We (they) have been building shop furniture, shelving, and jigs for when full usefulness of the arm returns.  However, cutting one small off cut even smaller is well within my purview.

There is another Dutch tool chest in the project pipeline and it needs the locking wood slider thingies.  The last one used Walnut off cuts.  The next chest is going more exotic and using Zebrawood to lock it.  Don't tell anyone, but the wood is tough, but stringy and will probably break if modestly forced.

The wood did not succumb to power tools much better this time around.  At least the cut was mercifully short on the table saw.  The finishing was done with a random orbit sander.  Some folks will think it dumb to use an exotic off cut for a utilitarian invisible piece of a project.  I guess I don't care:  I had the wood, it was the right size, and cannot serve the original purpose for which it was purchased.

The next Dutch tool chest will have an African flair to it.

Here are the unimproved locking bars: 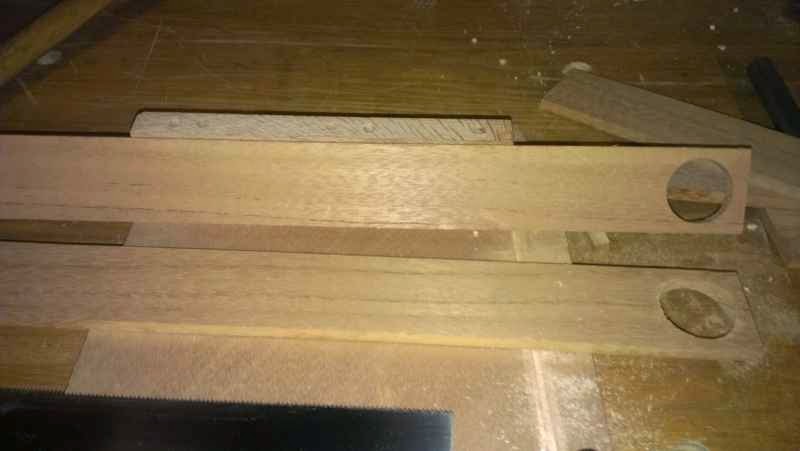 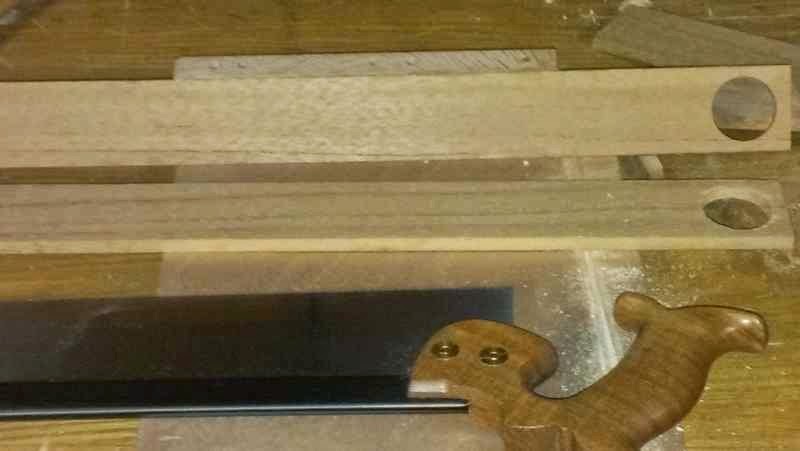 Just one more quasi finished part to throw in the corner until I get my arm back.
Posted by S. Stahl at 9:18 PM