In January I attended my first ever The Wood Working Shows in Indianapolis, Indiana (USA).  Before now my woodworking show experience has been confined to Woodworking in America (WIA).  Even though every WIA I have attended has been great, I made a conscious effort to evaluate the Indianapolis show on it's own merits.

My first impression of the show was "interesting".  I was not delighted, nor disappointed, but I was interested.  Exhibitors of The Wood Working Shows run the gamut from shysters, to preeminent names in woodworking.  I'm not going to name examples; if you have been there, you know what I'm talking about, if you are a future attendee, it is a sure thing that you can figure it out.

However, there were several stand out experiences to share.  The first is from the gang at the new mixed media periodical 360 Woodworking.  Bob Lang has since moved on from 360 Woodworking, but he was still on board back in January.  So, Bob Lang, Chuck Bender, and Glen Huey put on several demonstrations during the day.  Basically, they were getting their name and product out there and giving away some woodworking arcana in exchange for eyeballs.  Chuck and Glen showed how to taper a leg and then shape a tenon for that leg.  The mortise was already present for brevity sake.  I'm not going to repeat how to do that here; much better craftsmen than I have littered the Internet with the various methods of tenoning.  What I wish I could post here is the hilarious repartee between all three of them during the presentations.

Here are a series of pictures from the 360 Woodworking demonstration, in no particular order. 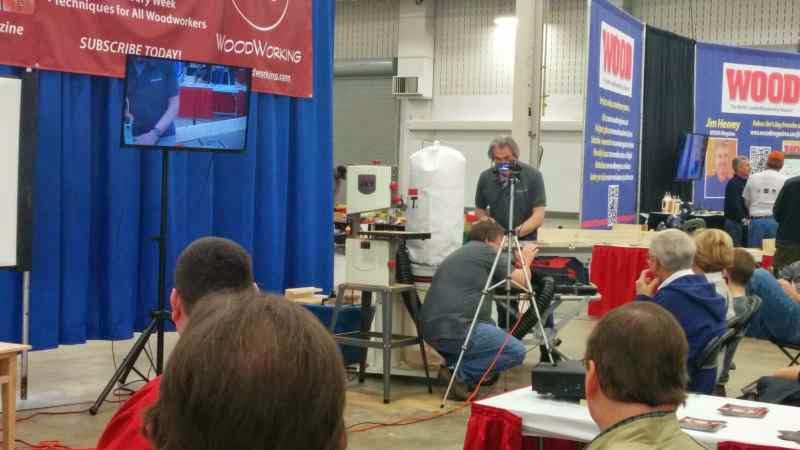 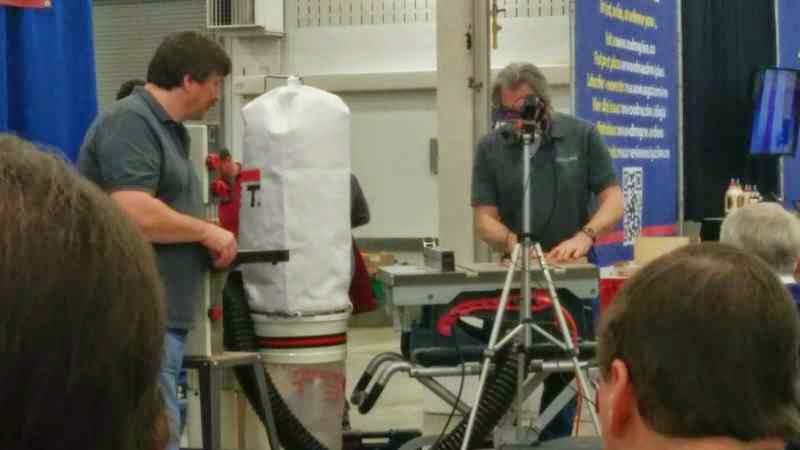 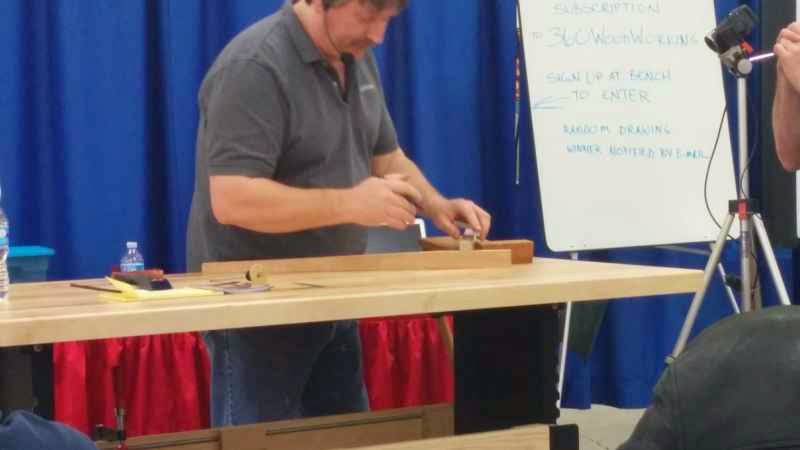 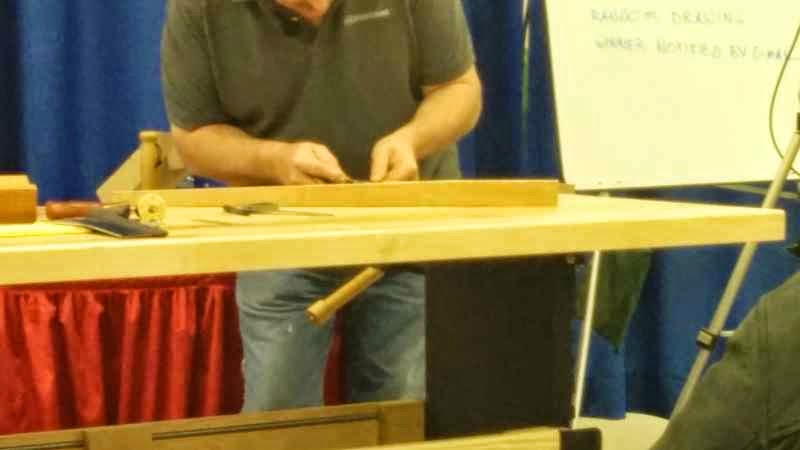 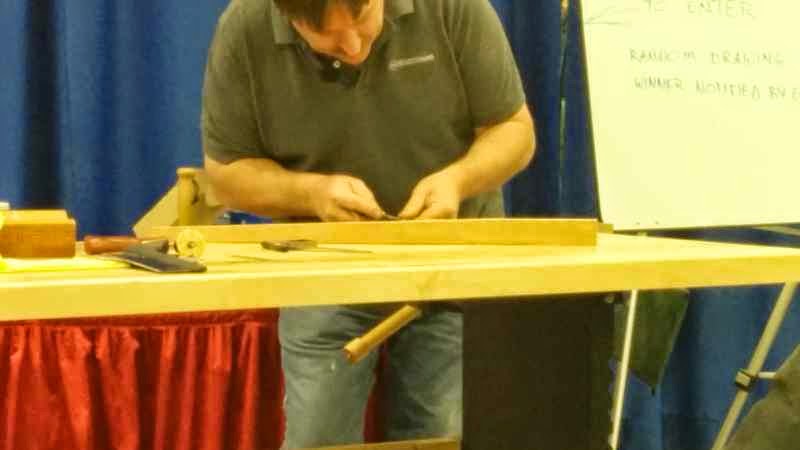 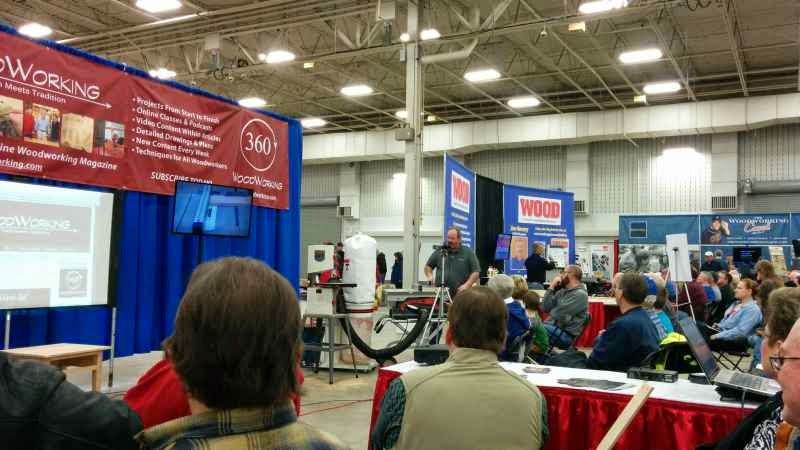 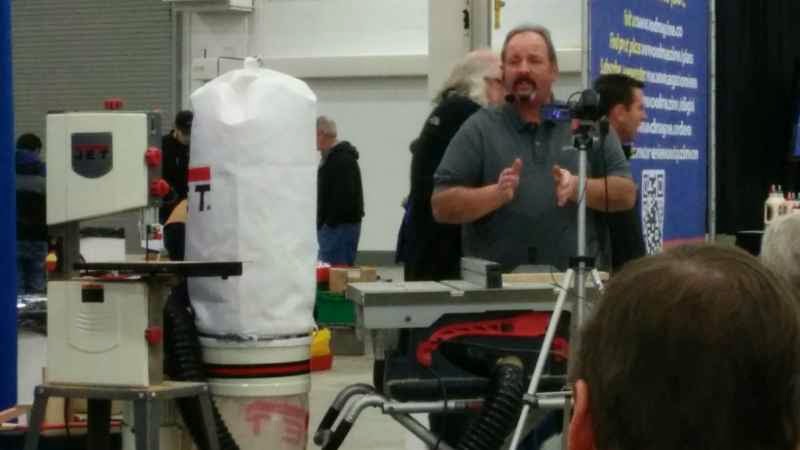 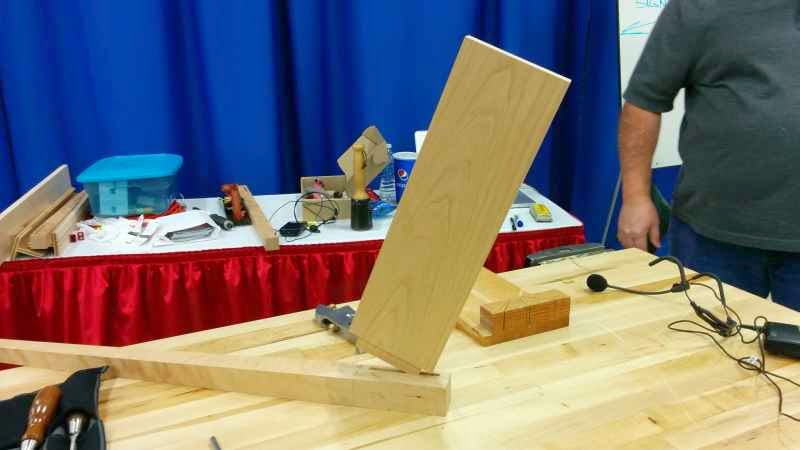 The other stand out exhibitor for me was Veritas/Lee Valley.  They had their custom planes on display and ran workshops all day on their use and options.  They really have put a lot of thought and engineering into this line of products and are definitely worth taking a look at.  Here are a Jack and Smoother plane from the custom line: 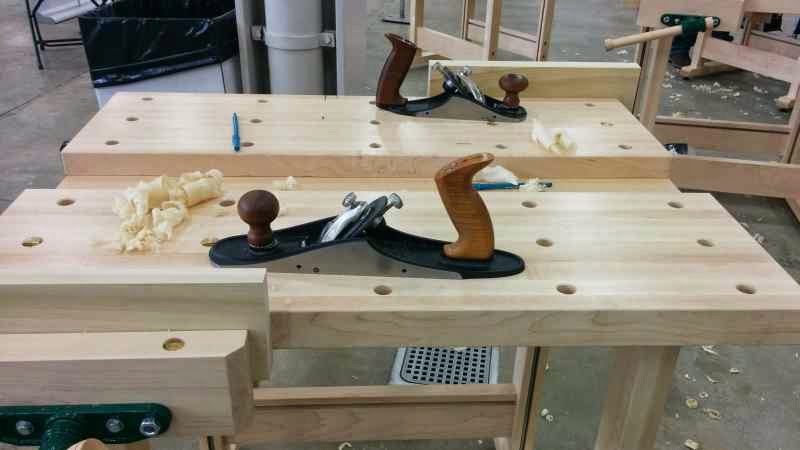 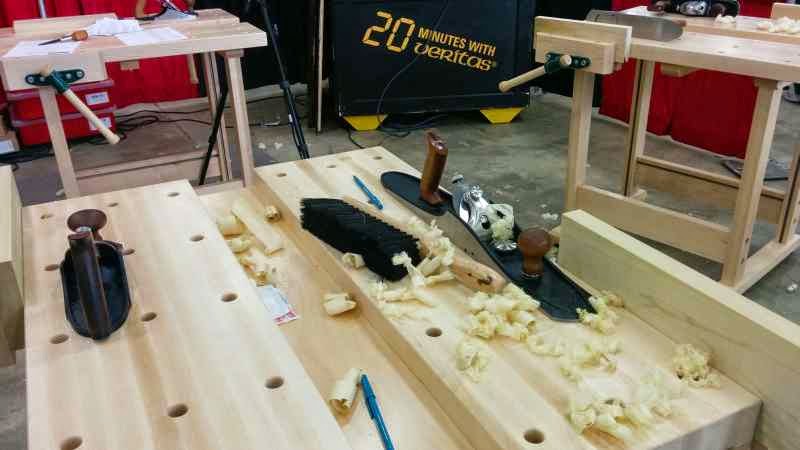 The last picture is a half hearted apology to the Micro Fence guy.  While he was setting up for a demonstration, I was manipulating the ellipse jig they sell.  I would have asked for help, but like I said, the guy was setting up for the next demonstration.  He was quite perturbed to find me helping myself.  My first reaction was "then why bring it to the show?", but I should have respected him and his wares more.  here is a picture of the display.  The abused jig in question is on the far left: 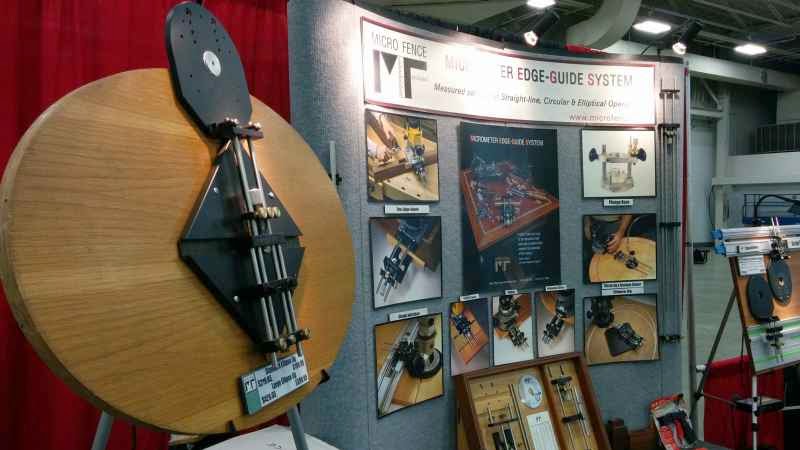 I was seriously considering buying it, but I inadvertently burned that bridge.  Oh well, guess I'll have to learn to make one at some point.  The Micro Fence jig really is a sweet piece of engineering.